Abercynon Wars residents can read our latest Councillor newsletter for January 2019 by clicking on the link below.

The Centre has been closed for some after being vacated by the former management committee. Since then, we, your local Councillors, have been working closely with R.C.T Council officers to find a way to re-open the Centre. We are delighted that a local organisation will be taking on the running of the Centre, located in the heart of the community.

The Bryncynon Strategy will use it for activities including youth mentoring, advice services for debt and universal credit and lunch clubs for the elderly. The community asset transfer is part of the Council’s ‘RCT Together’ scheme. It will allow the charity to get funding to develop and refurbish the building.

A local action group has been set up to judge how to best use and promote the centre. We encourage all residents to give their views on the types of services that they would like to see run from the Centre.

The charity already runs a range of services in the community including its Growing Together Centre and The Feel Good Factory, which houses Taffy’s Cafe.

Official biography of the life and achievements of Welsh boxing legend David Dower MBE, a British amateur schoolboy champion who went on to reach the pinnacle of his sport.

He became a member of Team GB at the 1952 Olympic Games. Having turned professional in 1953, David went on to become British, Empire and European flyweight champion, as well as a World title contender.

He became the ‘First Welsh Celebrity Boxer’ but first and foremost, he was a family man. He sadly died in 2016, aged 83, and was posthumously awarded the Freedom of Rhondda Cynon Taf the same year. A Blue Plaque was unveiled on his family home in Abercynon on November 3, 2018.

Order your copy of the official biography of the life and achievements of Welsh boxing legend David Dower by visiting the following webpage: https://www.rctcbc.gov.uk/EN/Resident/Libraries/DavidDowerFighterFamilyManLegend.aspx

The book is also on sale at: Abercynon Leisure Centre, at the following libraries: Hirwaun, Aberdare, Mountain Ash and Abercynon, at  Abercynon Community School and is available for order and collect at any of our other libraries. 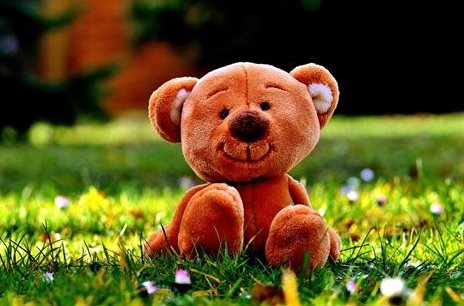 Working parents across the whole of Rhondda Cynon Taf are reminded that they can now take advantage of the Welsh Government’s Childcare Offer, after the scheme was extended across the entire County Borough in September.

The Offer, introduced by the Welsh Government and initially piloted in seven Local Authorities in September 2017, offers working parents 48 weeks of combined education and funded childcare for 3-year olds from the term following their third birthday to the September following their fourth birthday, providing that:

For more information, or to make your application, visit the dedicated Childcare Offer pages here:  www.rctcbc.gov.uk/childcareoffer.